On 17th and 18th April 2007 Netstudio team was present at "The Future of Web Design" summint in London, where the best web designers from all over the world presented the new web design trends. Two of our team members presented this page and the most significant part of the summit.

Here is the schedule and the lecturers:

The FOWD in London officially kicked off yesterday, with some workshops. Today is the conference with an impressive line up of speakers. The event is being held in the Kensington Conference Centre in the heart of London and there is no shortage of attendees to fill up the spaces. The first speaker to take the stage is Brendan Dawes from the interactive design group magneticNorth.

Unlike climbing mountains, no one will ever die designing web apps.

8 tips for nurturing your people ( and therefore, your product)

Encourage the new users to feel your application, at flickr users are called members!

1. Gates – Focus on the Lifecycle of a member, sitemap begone. Think in terms of gates, not trees. While designing think about what the gates might be.
2. Pretty URLs - Play on the idea of a URL as a command line and use them to design the flow of your application.
3. Design for zero data -Invitation to find your way, suggest people you know, etc… stumble on things you might not know about
4. Sensible defaults - Flickr is a complex app, make it easy to use by providing easy defaults to guide your users
5. Accept different languages
6. Show activity -Show what’s going on with real-time updates. Think about what you show to people, ways to suck them in
7. Exploration - Allow people to explore or use the application right away, entice their curiosity
8. Neutral point of view - Maintain a neutral point of view, if there’s a rich variety of people don’t see yourself as an arbitrator.

George sees Flickr as an “empty vessel” and concludes with:

By allowing people to move around, you allow people to feel safe and you lay the foundations for future members.

Ryan Singer from 37Signals was next on stage. He gave us 10 tips on how to make a signup form look better :

1. Make it easy
2. The name is taken - use an ajax routine to check if the name is taken before filling the form
3. To get started ask as little questions as needed, you want people to play with your apps
4. Forms are functional but they’re for people, relaxed the rules, be conversational, simplify
5. What is the minimum info I need, make it easy to user
6. Muse me - give example, inspire people
7. Tell me what I’m getting - remind the user what he is signing for
8. WARNING ERROR, ALERT DANGER OMG
Think a little bit more about the human side! Be gentle, try to find more human ways to inform the user.
9. Welcome - When you sign up it’s like a conversation, If it’s the first time that you log in, welcome the user
10. Just give me the keys- Make it as easy as possible for the user to start using your apps, email as soon as possible the info to sign in.

People don't care about using your tool – they care about kicking ass in their own work!

We’re back after the lunch break with Andy Clarke from Stuff and Nonsense as the first speaker for this afternoon session.

Andy’s a visual designer and front end developer who released the book “Transcending CSS: the fine art of web design” at the end of last year.

He starts with an analogy between web design and a car adapting a song from Billy Bragg:
“What matters for a designer is what goes on beneath the bonnet!”

Then he invites on stage Simon Collison and Ryan Carson, as the quintessential English man.

Now let’s have a look at some cool websites:

Andy comes to the audience asking Cool or uncool?

Yahoo Cool or uncool? A designer from yahoo stands up claiming that yahoo will be cool in the future! The verdict from Andy: seriously uncool
Twitter: technically cool, design uncool. What’s cool about Twitter are the APIs.
Verdict: halfway between cool and sub-zero
Digg: Ryan likes Digg, Andy hates it. Verdict uncool because you don’t know who populates it.
Myspace – was cool, still is for 12 years old.
Verdict: uncool

One for the sponsors! Microsoft
Would you drive to your girl friend’s house with a Microsoft website?
Verdict uncool

Dropsend
Verdict cool because nobody uses it!

As an industry the objective is to develop things that people love to use, it’s part of the branding experience.

1. Have a point of view - being everything to everyone leaves you with nothing
2. Be who you are - don't pretend to be someone that you’re not
3. Let them engage with you – give them something meaningful to do
4. Be relevant - prove yourself worthy in whatever medium you work with
5. Simplify Simplify Simplify

He then offers case studies to illustrate these points. In each of these, the focus is on the user experience.

The digital campaign for a video game is from the perspective of one of the protagonists of the game, an alien. The whole website is in alien language with cryptic navigation composed of symbols unreadable in any known human language. The idea is to force the user to navigate intuitively through the website. A consumer translated the whole site within 24 hours!

Another example of user experience is a campaign for a running event using a google map mashup allowing the user to track his running, save it and share it with other runners.

May the workshops begin...

The workshops kicked off the Future of Web Design 2007 event in London today. Morning workshops have included sessions by Ryan Singer of 37Signals, Joshua Hirsch of Big Spaceship and Julie Howell from Fortune Cookie who also invited guest speaker Hugh Huddy from RNIB. Topics so far have included Flash, accessibility and design principles for web apps. There's definitely an air of excitement about the conference tomorrow, looks like it's shaping up to be a good couple of days! 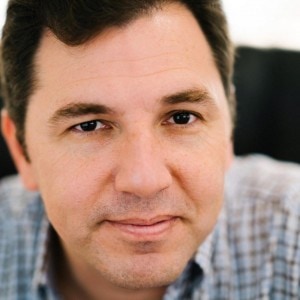